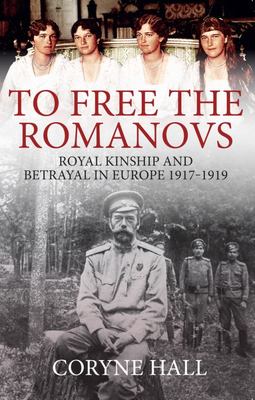 To Free The Romanovs

King George V's role in the withdrawal of an asylum offer was covered up. Britain refused to allow any Grand Dukes to come to England, a fact that is rarely explored. When Russia erupted into revolution, almost overnight the pampered lifestyle of the Imperial family vanished. Within months many of them were under arrest and they became enemies of the Revolution and the Russian people'. All showed great fortitude and courage during adversity. None of them wanted to leave Russia; they expected to be back on their estates soon and to live as before. When it became obvious that this was not going to happen a few managed to flee but others became dependent on their foreign relatives for help. For those who failed to escape, the questions remain. Why did they fail? What did their relatives do to help them? Were lives sacrificed to save other European thrones? After thirty-five years researching and writing about the Romanovs, Coryne Hall considers the end of the 300-year-old dynasty ? and the guilt of the royal families in Europe over the Romanovs' bloody end. Did the Kaiser do enough? Did George V? When the Tsar's cousins King Haakon of Norway and King Christian of Denmark heard of Nicholas's abdication, what did they do? Unpublished diaries of the Tsar's cousin Grand Duke Dmitri give a new insight to the Romanovs' feelings about George V's involvement.